← more from
Damnably
Get fresh music recommendations delivered to your inbox every Friday.
We've updated our Terms of Use. You can review the changes here. 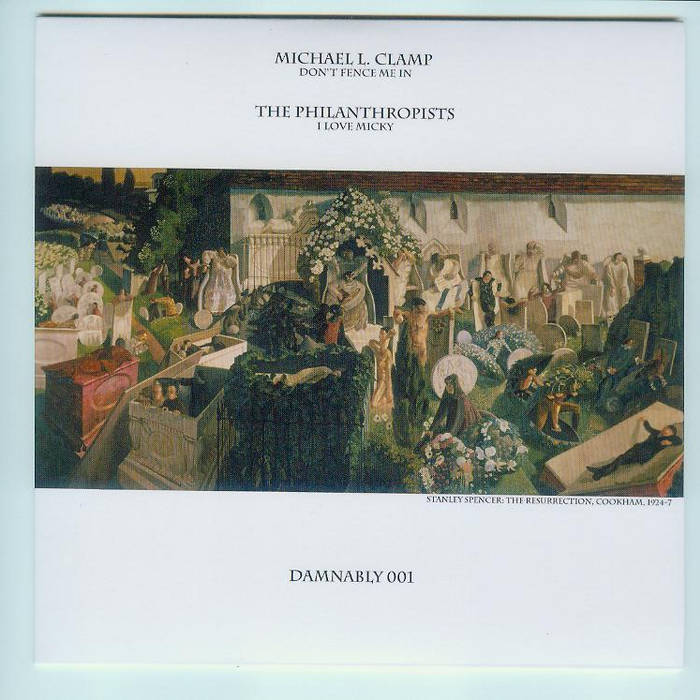 Former Utopia's debut 7' sees the past put to rest via a crazy genius updated version of the 20's hit: 'Tip Toe Through the Tulips' , an ode to friendship: 'I love Micky', a straight cover from Michael L Clamp: 'Don't Fence Me In' 2 ace bonus tracks

The idea for the record came about thanks to Dave Dixie of Sorted records, an avid collector of vinyl 78s, who suggested that it would be fun to do updated versions of old 78 recordings. “And so we did” says Former Utopia’s George Gargan,“and then just after that, I caught Micky messing around with a pretty bit of guitar riffery and stuck the story of our friendship on top”.

Former Utopia are an East London based Rock band
who formed in 2006 and have, toured throughout the UK & Europe, are on Damnably Records.

Bandcamp Daily  your guide to the world of Bandcamp